NORTON SHORES — Western Michigan Christian High School first developed an international student program back in the 1960s. About 10 years ago, the program saw an opportunity to propel forward.

With the help of International Student Program Marketing Director Kyle Kempster, it has diversified, adapted and blossomed.

While the school’s process changes, Kempster says he is holding tight to a marketing slogan that guides them through it all.

“Change or die,” he said. “There’s been an ebb and flow to the exchange program as students look for other opportunities, as education changes in our country, as there becomes difficulties with visa interviews and embassy shutdowns.

“You need to change the way you do business in order to sustain,” Kempster added. “We’ve had to diversify our countries represented in order to keep a good number of students.”

Kempster says he has been able to sustain the program by building relationships with specific agencies and families, inviting students to WMC as a choice to further their education. WMC, a private Christian school, helps students in their desire to attend an American university.

Therefore, WMC international students are on an F-1 visa for students, allowing them to develop an education for multiple years – instead of J-1 visas, which typically are for a duration of one school year and are completed through public schools. J-1 students aren’t allowed to pick their school, whereas F-1 students and their families work with agencies, doing their own investigating to find the right fit.

“My process is to connect with agencies and schools in a country,” Kempster said. “Families also seek me out.”

Kempster said his relationships with Spain, Korea and Vietnam are especially strong, counting them as partners in growing the program.

“To be able to have that rich relationship with those agencies, that just helps to really sustain the program,” he said. “Our partner in Korea, he’s actually here in our school and is very important in the program with Korean students and with all the students. I appreciate that relationship as well.”

Sustaining an exchange program in the midst of a worldwide pandemic has had plenty of obstacles, according to Kempster. Some students were landlocked in the U.S. due to shutdowns, while others were seeking private flights that required private costs.

“Two summers ago, I had 11 students that had to stay and had no choice for the summer,” he said. “This year, I only have three that stayed.”

Kempster said Spain wasn’t allowing visas per restrictions by its government, but once school was in session, things loosened up. Navigating through what the U.S. and other countries were allowing, along with quarantine regulations, was a tall task.

“I had contacted all of our senators and congressmen to work on behalf to contact embassies to get them to open up in order to do visa interviews,” Kempster said. “Eventually they did. But we didn’t know. We had to work through it all.”

International students and families were extremely grateful for available vaccinations once students arrived on American soil, Kempster said. Many countries weren’t able to receive vaccines, so parents were jubilant that their child would come home vaccinated.

“This year, we were able to get all of our international students vaccinated,” Kempster said.

One of the many reasons WMC has been so successful with its exchange program may be its emphasis with embracing cultures. The school hosts cultural events during the school year that celebrate American and international culture, with food being the center of attention.

“Just the other day, one of my agent partners came into school and we cooked some Korean food,” Kempster said. “We sample foods from different countries on various cultural holidays in order to bring awareness to what happens around the world.

“Last year, we did a pop-up restaurant in which we made dishes from South Africa and Korea like bulgogi (a Korean marinated grilled beef),” he added. “We try to take a look at our country, too, and do a special gathering for students at Thanksgiving for host families at their homes.”

Bringing international students together during American holidays is especially rewarding, Kempster said, because it allows everyone involved to indulge in a plethora of different food dishes.

“Things like bulgogi, fish cakes, potato omelets – all during American Thanksgiving,” he said.

Domestic WMC student ambassadors participate in activities with international students to be intentional about sharing culture as well. Over the years that has helped blossom the sharing of food.

“You have to be intentional in growing the program,” Kempster said. “Last year, we did some virtual academies with different countries. We did it all through Zoom, and some of the students in those academies who met each other online are now going to school together here. It’s all about staying in touch with each other and staying connected in whatever way you can.”

That includes one of their agents creating YouTube videos that help students tackle challenges in language barriers and guide parents along the way.

Although it may be taxing on international students upon their arrival to America, West Michigan and WMC, the reward on the other side is worth it, Kempster says.

“Once you get through the cultural firehose coming at you and you immerse yourself in this and break it down, it becomes better and easier,” he said. “Which is why it’s so fun to see students grow, change and learn.”

Nate Visker and his wife, Sarah, say they have never had a problem with allowing people into their Spring Lake home.

At one point, the Viskers had eight people living under their roof, and they admitted things got a little chaotic – especially because they have three children of their own.

But the Viskers say they’ve earned an enormous sense of appreciation for others, and there’s been an abundance in value of that.

The Viskers have been a consistent host family to Western Michigan Christian High School international students for the past six years, hosting seven students from five different countries. They’ve navigated through obstacles, encouraged their students and strived to make them feel like they’re children of their own.

The Viskers have a history of being foster parents, another reason they felt the urge to say yes when WMC International Student Program Marketing Director Kyle Kempster asked them to host four Chinese girls in the summer of 2016. Kempster was sponsoring a two-week summer camp and attends Ferrysburg Community Church, where Nate has been pastor since 2004.

“It was my wife’s idea and it went really well,” Nate said. “She thought it would be a really good experience for our kids. The next thing you know, Kyle was asking us if we would be willing to take a couple of international students.”

The Viskers talked, prayed and agreed to give it a shot.

“We felt like it was one of the best ways we can make a difference in people’s lives,” Nate said. “To invite them to be a part of our family, get to know them and encourage them.”

They’ve been a host family ever since, welcoming two students into their home every year – and they say it’s a whole lot easier than foster care. But there have been challenges along the way.

Almost all of their students have come from Asia, with the exception of South African student Prince Budu. Budu’s father died five months into his stay. However, Budu remained with the Viskers for three years – the longest of any of their international students.

“That was just obviously a hard situation that created a lot of challenges with his family and ours,” Nate said. “But we got to see Prince grow up in a hurry. He’s overcome so much in life and is a person I really admire. He’s become a son to me and Sarah, and a brother to my kids.”

Under the wing of the Visker family, Budu is now a student at Minnesota West Community College in Worthington, Minnesota, and determined to receive his associate’s degree in the spring and further pursue his football career.

“We’ve been blessed to be a part of his story,” Nate said. “When he was getting ready to go to college, his family back home needed help and the people in our church and broader community stepped up to make it happen for him. He’s been honoring that commitment and worked really hard. He’s a great kid and we’re so proud of him.”

Home sickness has been another snag, as one student struggled mightily to feel comfortable. With the help of Kempster and the rest of the WMC international student program, they’ve been able to curb that issue.

COVID-19 also presented its share of hiccups, but with most of their students being from Asia, Nate says they’re used to taking extra health precautions.

“Students in Asia were already wearing masks before this,” he said. “But one of the hard parts was the fact that they weren’t in-person. And when they were, it was hard for them to comprehend the teachers because they were wearing masks. But they’ve all been hard workers and were going through COVID back home, so it wasn’t really any more disruptive for anybody else. They all persevered through it all.”

On the other side, it’s given the Viskers a newfound appreciation for how humans are, in many ways, fundamentally the same. Granted, there are some cultural differences, but at the end of the day, they’re all just kids, Nate says.

“They all have joy and fear and need encouragement,” he said. “They all want to belong to something. It’s easy to think about other parts of the world are so different. Especially in West Michigan, in Spring Lake and Grand Haven, where our particular community is quite homogenous. It’s been really good for my kids to see that people are people.

“The differences have been a source of growth for me,” Nate added. “I’ve come to understand that my way is just one way to do it. There’s validity in cultures that are different from West Michigan culture.”

Simple things like using Google Earth for students to show where they’re from, all the way down to the street view, have been rewarding experiences for both parties.

“Sending my kids to another country on the other side of the world takes courage,” Nate said. “My hat is off in admiration for the sacrifices families make. For Sarah and I to open our home and provide a safe environment is an honor.

“Anytime we can experience variety and diversity, we’ll be better off for it,” he added. “It generally makes me more of an empathetic person.” 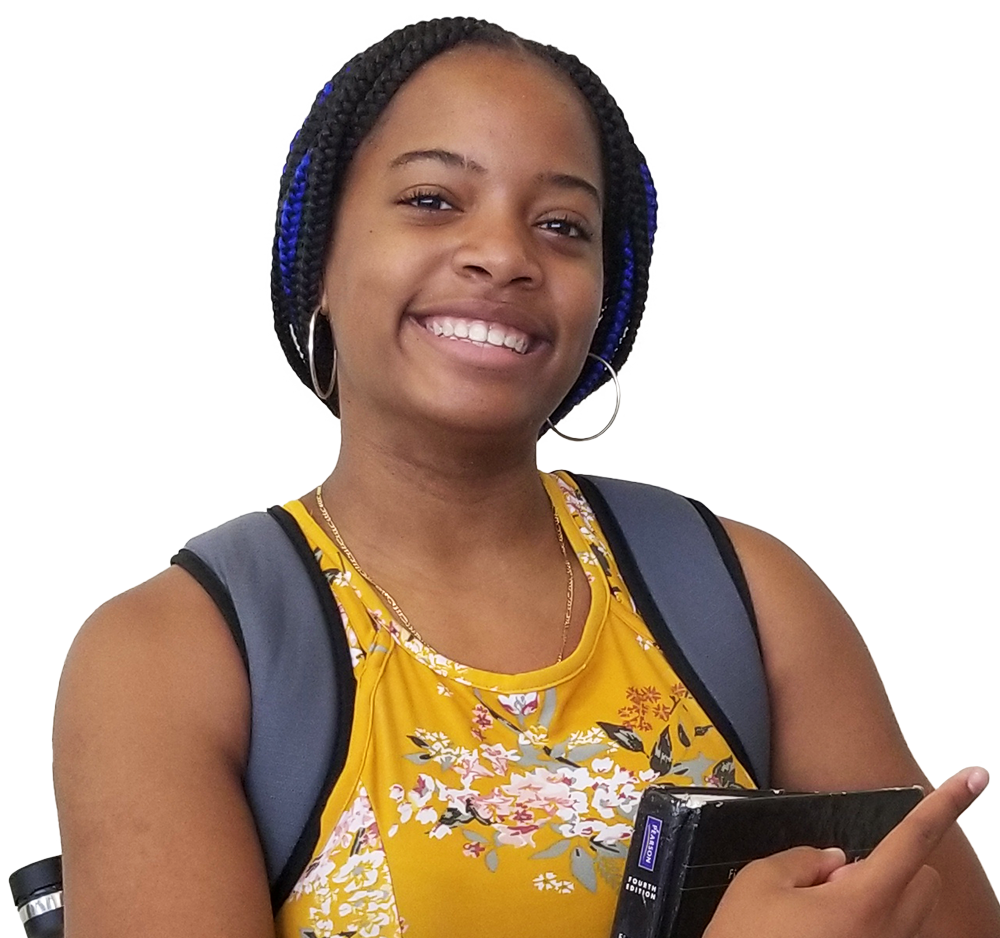